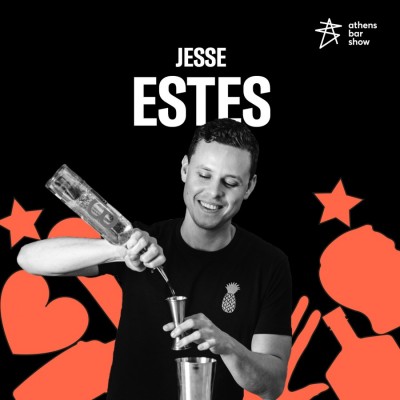 Jesse Estes has worked behind the bar at establishments like The Lonsdale, Green & Red, All Star Lanes, Callooh Callay, and The Luggage Room, as well as performing guest bartending shifts around the world. He has won a number of cocktail competitions and regularly acts as a judge and chairman for various cocktail competitions and spirits awards including the Drinks International's International Spirit Challenge and the Bartenders' Best Awards. In 2013, Jesse developed the bar program for London's first 'agavería' – a bar specializing in Agave Spirits – El Nivel. That same year, Jesse was named one of London's Best Bartenders by the Huffington Post. He is often consulted as an expert on agave spirits, and has been interviewed or featured in publications such as: Imbibe, Esquire, Shortlist, Spirits Business and Drinks International, among others. Jesse is now the Global Brand Ambassador for Tequila Ocho and can be found leading seminars, tastings, and masterclasses on tequila and other agave spirits across the world. He recently published his first cocktail book, Tequila Beyond Sunrise. Get in touch at jesse@ochotequila.com